"You’ll fall head over heels for the melodic masterpieces of Lynch and co."
- CTRL. ALT. COUNTRY

You've Come Along - A new single by Wade Lynch

My newest release continues my 18 year collaboration with guitarist Jacques Belghit, my co-writer on this track. The song tackles the subjects of relationship breakdowns, not learning from the past and self serving helping hands. It features a wonderful cast of musicians who have my respect and gratitude.

Check out the new single

Listen to the EP now

"Wade and the band weaved traditional Irish instruments and motifs into the rich tapestry of dusty Americana that Wade’s songwriting encompasses. The combination works, simply because they are aware of the links between the two worlds"
- Conor Harrington, Galway Independent

Jack Kerouac on the highways and deserted beaches. Americana. The troubadour lifestyle, a suitcase in one hand and a guitar in the other. Leaving everything behind searching for the truth.

I was born and grew up in New Jersey where I experienced a maelstrom of musical influences, from my brothers, with their funky little band, to Mr Vallone, the renowned teacher on my block with everyone under his spell. Like Carl Mazzola, one of the best guitar players in town. A musical mentor and early catalyst in my development. Steve Palughi and Alex Scibetta also gave me an amazing hometown rhythm section along with Jeff Saulkin and Frank Hrycenko. My time spent in the south led me to guitarist Michael Lashinsky, drummer Dale Rock & Mike DelCampo on bass. The Americana identity was confirmed. You heard it everywhere, music caressing the night air when you opened your tiny window in the blazing heat of summer.

I was fortunate to have access to my brother’s impressive record collection, and I learnt from the best. The Beatles, Bob Dylan, bristling with talent and edge, whether through Dylan’s protest songs or the political activism of John Lennon – shot dead on his doorstep because of what he represented.

One person, I figured, can really make a difference.

I spent my youth at anti-apartheid and rock against racism events where I hung out with older guys who taught me the ways of the world. You know, sometimes it’s good to look at things with new eyes.

Americana is everywhere. It is in the spirit of getting up in the morning deeply in love in the baked sunsets of Mexico or in a flat share in London where I ended up in the 90s, in and out of jobs. I was perfecting my song when stumbling into Ellen Blair, who toured with Soul to Soul and Duran Duran. Her support is what drove me forward through the lashing rain of the inevitable.

Americana is everywhere. It’s in France, where I raise my family under a Parisian sky. It’s meeting Jacques Belghit & Colin Legret, two amazing French musicians with whom I create music and share a special bond with going on two decades. It’s in the deep love and friendship that we’ve built up over time – the secret ingredient to our music. It’s been validated yet again during the La Lutte EP sessions with UK collaborators Jim Maving, Hannah Cope & Ed Gallagher and most recently with our new bass player Victor Le Coze here in France.

I left France for Galway, looking for work. Ireland, the birthplace of my grandfather, where I was exposed to some of the most culturally diverse music of my life. The enchanting sounds and vibes from the banjo of Ronan Tattan and Jason Turk’s immense accordion virtuosity. Fiddle and vocals from Regina Burke, and Joe Noonan along with Karl Nesbitt on everything that Irish Trad stands for. Back to my roots where something clicked; these are my people. My people. Ireland, where music is not just music; it’s part of the soul of the country. Not enough can be said of my relationship with Duncan O’Cleirigh at Blackwater Studios in Cork. A collaborator and kindred soul plain and simple.

Americana is the Wild West, the circus and the freakshows; it’s in the melancholy gaze of the cowboy, Custer’s Last Stand, the savage cold in the dark, in the campfire revelation of song. Waiting for you in the barren landscapes of Paris, Texas and the only-too-human Ry Cooder soundtrack.

I’m delighted to share my work with you, an accumulation of a lifetime of dedication to songcraft. Looking forward to all your feedback and seeing you at the gigs ! 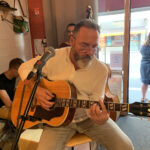 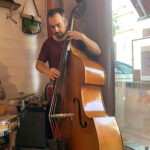 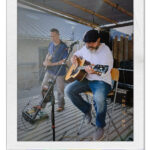 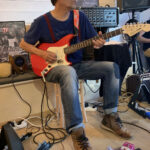 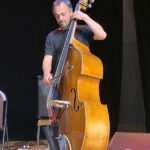 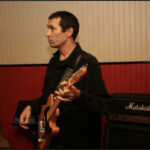 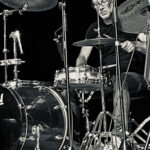 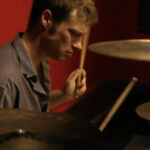 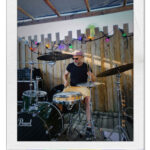 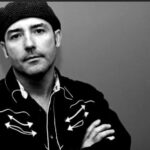 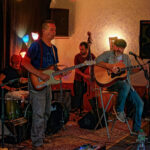 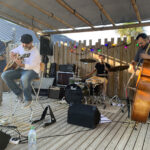 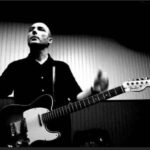